The US Navy has awarded a $4.2 million ship repair contract to JAG Alaska Inc., Seward Shipyard.  The contract to repair one of the Navy’s ocean tugs, the USNS Sioux, is expected to require 10,000 hours of labor, and bring multiple new jobs to the facility. In 1991 the USNS Sioux served along side the USS Arkansas, USS Aubrey Fitch and Helicopter Antisubmarine Squadron 6 in three rescue operations involving merchant ships in the Arabian Sea. 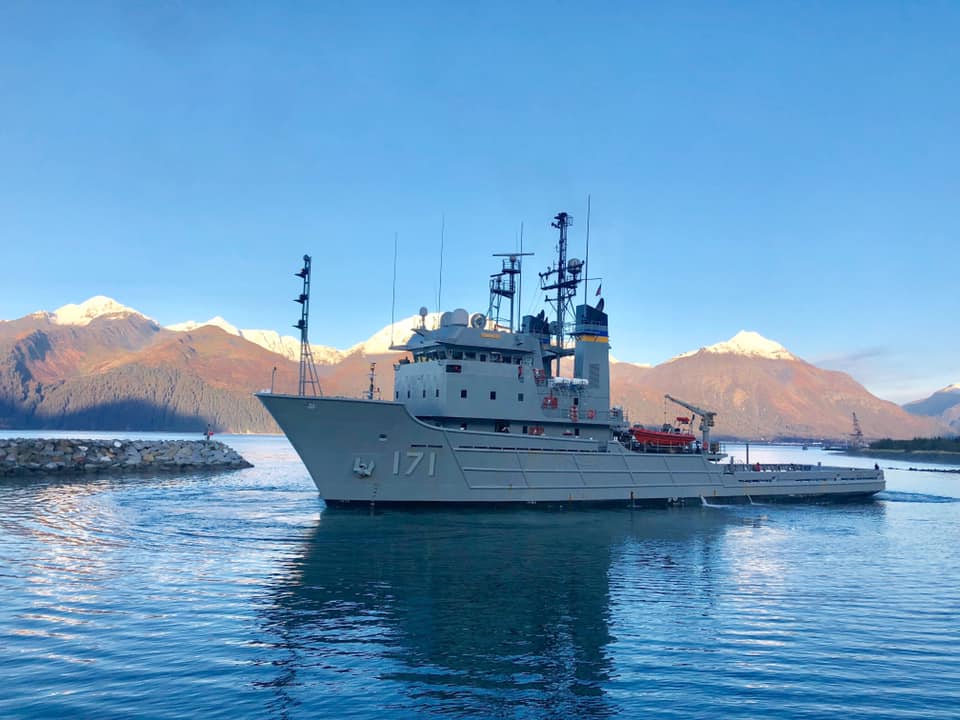 USNS Sioux arrived at the Seward Shipyard for its 5 month stay on October 10, 2020.

The Seward Journal reported on the contract on August 31.  Click here to read the original article.